Back to all blog articles
Share :
‘The easiest installation we’ve ever done’ – Paula, winner of a Harwyn WFH pod

Last year, COLORBOND ran its ‘Loved All Over Australia’ competition.

And the lucky winners were Paula and Will Moloney, founders of telecommunications company Commander Centre New England.

We sat down with Paula to chat about what happened after the couple got the surprise call.

Like many of us, Paula and Will realised the importance of a dedicated home-office during lockdown. But it wasn’t until they spotted the COLORBOND competition that they began to contemplate a separate space.

“I was just flicking through Instagram while I was on hold during a work call,” Paula recalls. “And then I spotted an ad for the competition.

“I saw the Harwyn pod and thought, ‘Well, how groovy would this be?’”

To win the grand prize, entrants were asked to submit photos of their property that featured the COLORBOND product. And Paula’s entire home – from the walls to the water tanks – is clad in it.

The year prior, her son had taken some aerial shots of their home with his drone. So Paula had a bank of beautiful photos at the ready.

She submitted her photos and thought nothing more of it. That is, until COLORBOND called to tell her she’d won.

“I was flabbergasted,” says Paula. “I’ve never won anything. Not even two dollars in the lottery!”

The competition planted the idea of a WFH space firmly in Paula and Will’s minds. Before they won, they’d already started looking at options.

“My sister-in-law in the UK had built something herself,” Paula explains. “She sent over the plans so we could take a look – but they looked much too difficult.”

Luckily, the Harwyn process was just the opposite.

“We got on the phone with Jason, Harwyn’s founder, who walked us through everything.

“We picked a colour – opting for one that matched our house – and they did the rest. And then, not 12 weeks later, our pod was craned right into our backyard!

“Everything was seamless. It was, quite seriously, the easiest installation we’ve done in our entire lives.” 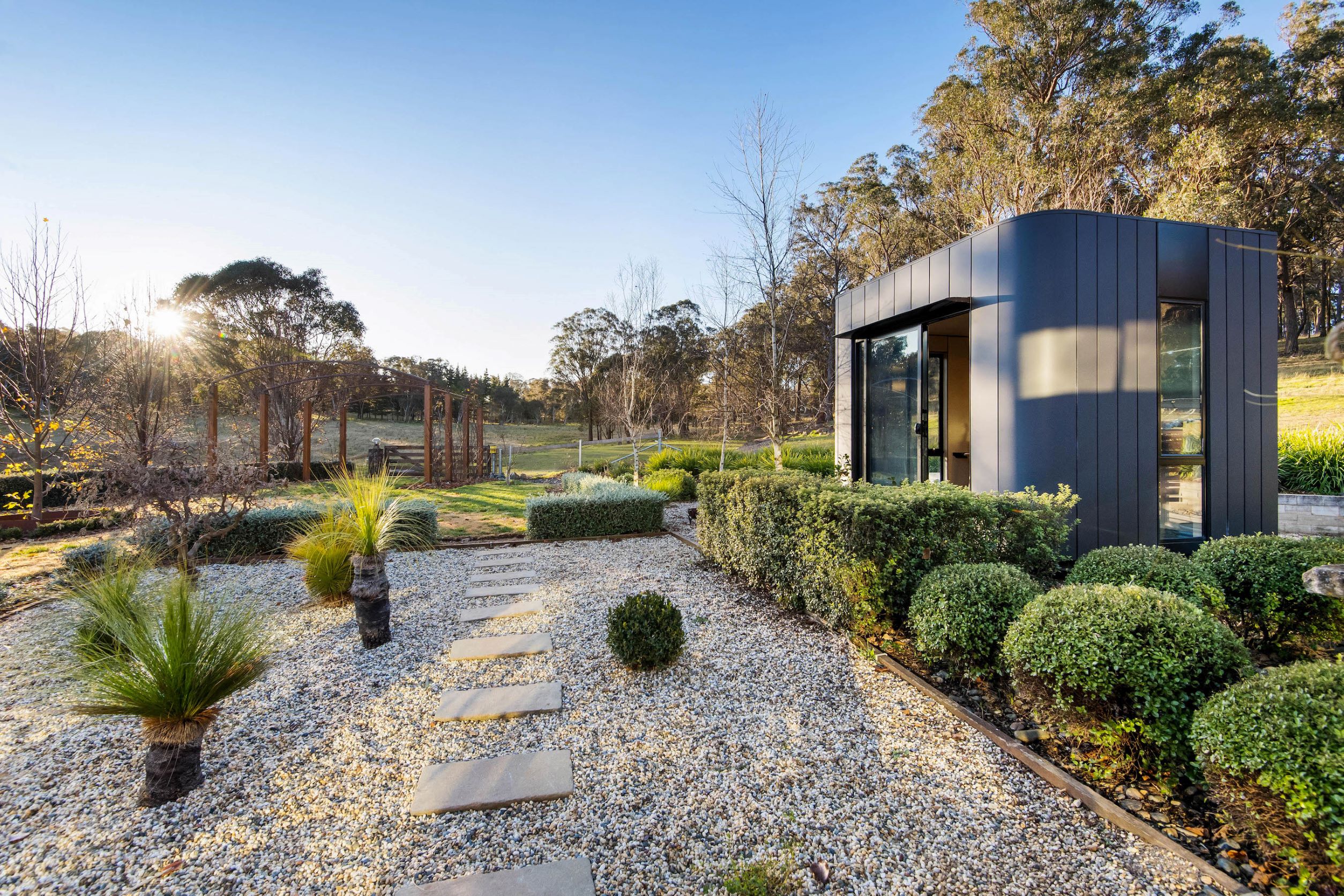 Paula and Will adore the way their new pod complements their home and garden. But it’s not all about aesthetics: the pod has had another, more personal impact.

“It’s made such a difference to Will’s life,” Paula stresses. “Before, if he was doing a really big job, he sometimes wouldn’t get home from the office until 8pm.

“But now, he can come inside, have dinner… and if he needs to go back out, it’s literally outside our door.”

Paula tells us that Will takes every opportunity he can get to work in the pod. So often, in fact, that the couple have reduced the size of their Armidale office.

“It’s reduced the cost of running our office considerably, since we don’t need as much space. So that’s been a lovely bonus.”

From improved work–life balance to gushing compliments from visitors, Paula and Will’s pod has made a splash in their lives.

“We’re just so grateful,” Paula says. “It honestly feels like it’s been here forever. It fits in, it looks good, and it’s functional. It ticks all the boxes.

Are you looking for a stylish home-office space? Harwyn can design, deliver and install one just for you.

Thank you for downloading the brochure. If your download hasn’t started yet, please click the button below.

Owning your state of the art Harwyn pod is closer than you think. Call us on 1300 427 996 or by completing the form below and we’ll get back to you as soon as possible.