Harwyn Designer Pods popped up in an unusual place last week – in an episode of George Clarke’s Amazing Spaces.

The popular UK-based TV program, now in its third series and being shown in Australia on the Lifestyle Channel, gave a small nod to the innovative use of backyard space that Harwyn Designer Pods offer their owners.

You can view a snippet from the show below and catch a glimpse of a Harwyn garden pod.

A busy year for Harwyn in the media

Harwyn’s international cameo in Amazing Spaces is just the latest in a string of media appearances for 2014. The outdoor garden pods featured in the Herald Sun in May, on a New York-based Inhabitat weblog and starred in a Renegade Collective Magazine spread earlier this year. See more of ‘Harwyn in the media‘.

Check out our videos on the Harwyn Youtube channel. 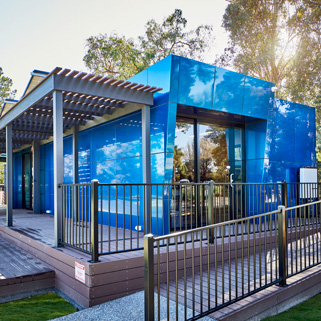