Build it and they will come. That was the founding philosophy upon which Jason Fremder launched Harwyn in 2013.

Confident in the calibre of his product, Jason knew his pods held enormous potential. But back then, there was only one market on his radar: the home-office market.

That all changed in 2015, when Jason received a phone call – and then another, and then one more – that changed the fabric of his business.

Here’s the story of how Harwyn came to dominate the schools market in prefabricated pods. 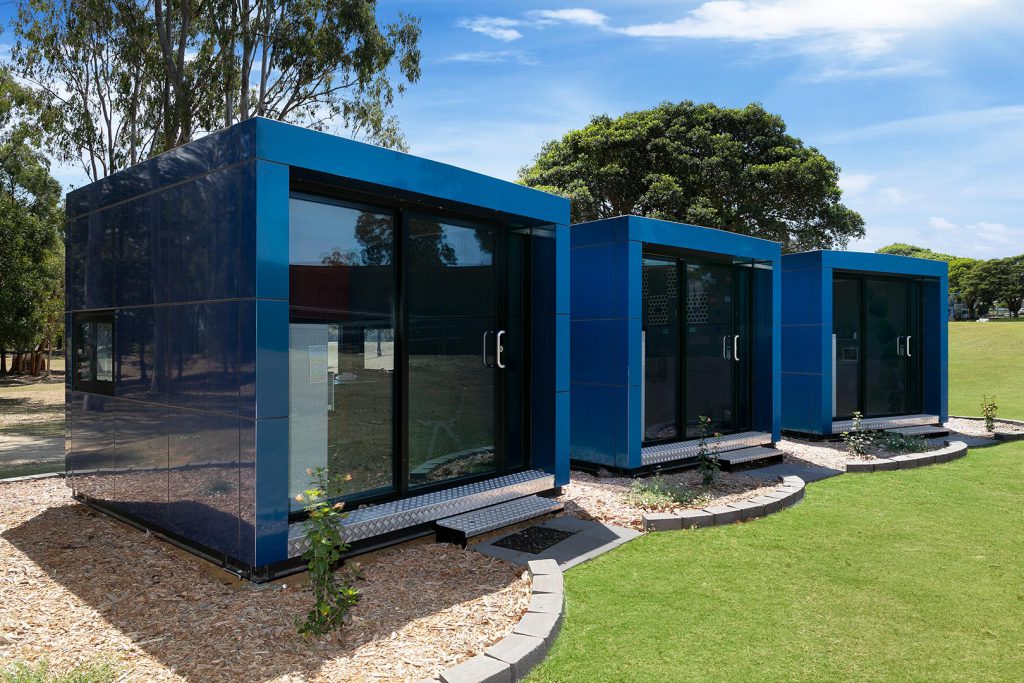 It all started with a phone call… about a prayer room

Harwyn’s entry into the Australian schools market happened by chance, when a school called Jason one day, interested in installing a pod. For a prayer room.

A few days later, another school called. This time, for a music room.

Nothing evolved from these calls. But it did foreshadow Harwyn’s first sale to a school not long after – to one of the leading independent girls school in Melbourne’s east, Camberwell Girls Grammar.

Camberwell came to Harwyn, deeply impressed by the pods. They also had full faith in Harwyn’s vision – which was a big endorsement, given Harwyn was new to the schools market at that time.

“Camberwell was interested in a couple of music rooms,” says Jason, “They had no doubt we were a good fit and loved our brand.”

But of course, Camberwell’s expectations were rocket high. Their existing building architecture was of a premium level.

“They took a chance on us at the time, it was a big risk. But Camberwell instinctively picked up on my enthusiasm and care. This gave them confidence that Harwyn would do it… and that we’d do it well,” says Jason.

From one school to another – and another

And today? Harwyn has pods in schools all the way from Victoria and New South Wales to Queensland and Western Australia.

As Jason says, “It wasn’t this myth of overnight success. But a slow process of building our reputation among schools.

“We treat every new pod in every new school as if it’s our first. Each is just as important and demands an equally high level of excellence. I believe it was this mindset that led to our growth – and to how we’ve got to where we are today.” 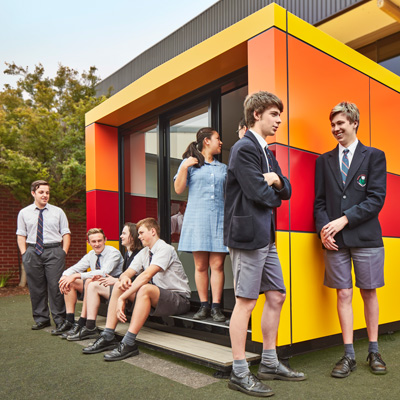 How Harwyn built its high reputation with schools

According to Jason, forging a reputation in the schools market is a process of accumulative trust. With every new school that becomes a Harwyn school, comes added brand cred.

“Obviously, we were in a great starting position,” says Jason.

“We knew we had a premium product. And on top of that, we had the backbone experience of our talented architect, Selwyn Blackstone. That put us in great stead.

“Then, it was a matter of proving ourselves with every pod we produced. There was no room for errors. Or anything less than brilliance.”

When Presbyterian Ladies’ College (PLC) approached us for new classrooms, they wanted a space that was bigger than what we’d ever done before.

Up until that point, our largest pod came in at 18m2. But PLC was after pods that stretched across 280m2.

“It was the equivalent of going from a bicycle to a race car,” says Jason.

“A lot of thought goes into creating a small pod. However, when you’re designing and manufacturing pods at a much larger scale, safety and execution become a much greater concern. Plus, it has to outlast the buildings around it.”

Although they had high standards with little room for error, PLC believed in our team. And we delivered.

Now, PLC holds a stunning Harwyn pod that seamlessly stands alongside their other high-end buildings. 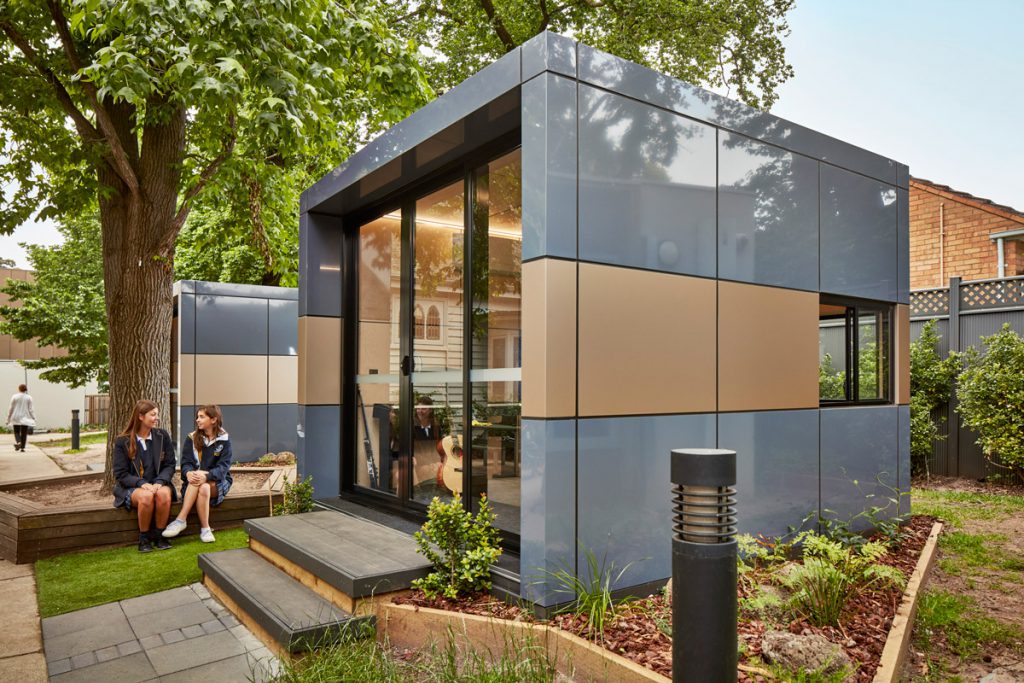 The school that stands out for Jason

Looking back, it’s that very first pod that Harwyn installed at Camberwell Girls Grammar that’s most memorable for Jason.

“They gave us a chance. And they validated something we knew: that we are exceptionally capable of delivering in this space.

“Camberwell showed so much trust in an unproven company. They’re big signatures to make. Still today, whenever a client signs on that dotted line, I really feel and appreciate that trust.”

Jason is very open about the challenges of running a business.

But even on the most difficult days, when he asks himself ‘why do I do it?’, Jason’s answer is clear.

“It’s so rewarding to run a company that produces such an exceptional, high-quality product… and where clients can maximise its use. This is especially true with schools.

“Investing in a Harwyn for your school is not a spontaneous purchase. It’s a 25-year product, minimum.

“A Harwyn is built to stand the test of time… today, I look at the first pod we ever built. And it still looks just as good. That, in itself, is a priceless feeling.”